Prayers for my wife as she battles cancer

Did you miss me?? Naw, probably not. Been gone this week. Had to put the wife in the hospital Monday and just got her out Thursday! I stayed up at the hospital the whole time, till Wednesday evening. They had her on 3 different IV antibiotics for the infections she had.
She has a little poodle that pinned and howled the whole time she was gone. The little dog is her emotional support dog but as she is 13yrs. old now. She is almost blind and nearly deaf! She howled so much while the wife was in the hospital till she actually lost her voice.

As some of you may know she has been battling TM, going on 11 yrs now! It is one of those diseases that affects the immune system and opens you up for anything coming down the pipes! She has a whole host of additional diseases and medical conditions that have come on as a direct result of her immune system staying in the crapper!

She got sick and started vomiting Easter afternoon. After we had returned from our daughters for Easter dinner, and watching the grandchildren hunt Easter eggs! She was sick all night and on up into Monday. She had gotten sick and was unable to get up in time to get to the bathroom. I got her into the bathroom got her clothes off and helped her clean up and a new change of clothes. About 1 o'clock that afternoon I asked her what she might eat that sounded good and she might be able to keep down! She looked at me with a funny look on her face and said, I want the baby spoon! Things got worse from there and by the time I got her to the ER she couldn't remember her name or her birth date.

Her blood pressure was sky high 201/110. They were concerned she had had a stroke because it was so high and incoherent! So they started running blood work and tests. When they started to come back I realized why she had not argued with me when I told her she was going to the ER! She had a bad UTI. Our daughter is a nurse so when we found that out she looks at me and says. You know when a person of yours and Mom's age, (translation old geezers) has a bad UTI it can make them talk out of their head!

That was just the beginning of the bad results! She also had some colitis, going on in the lower part of her colon. They did a MRI on her head and abdomen. The head MRI came back without a lot of answers! However it did not show anything that seemed to be an answer for the other problems. The MRI on the abdomen showed a couple of things. A dark area in her right lung. That turned out to be pneumonia. Also in the upper part of that same lung a mass showed up. That turned out to be a nodule. The pulmonary doctor wanted to do a Bronchoscopy. He explained that he had a 80% chance of getting to what he had saw on the MRI. Without doing a needle biopsy that he felt was more of a danger. It also allowed him to look around while in there. He said the procedure went well and he got samples of something else he found while in there! So we are supposed to find out the results of the biopsy on Tuesday of this week!

We are scheduled to go to the University of Southern Alabama on May the 2nd, to see the leading expert/Neougolgist in this area for unexplained body movements. So hopefully he can shed some light on why she has been having seizures. The only ray of hope here is she has not had a seizure since she went into the hospital. Where she was having them no more than two days apart and sometimes two in a 24 hr. period. I can't help but wonder if some of this infection may not have been behind the seizures!!

Found out Thursday evening that we lost a source of income for us while she was in the hospital. Basically about $500.00 a month! So I have to get busy and try and get my knife making back up and running again in the hopes of regaining some of the that lost income every month. It seems like when it rains it pours!!

Please say a prayer for her that we get good results from her biopsies as well some good news on her seizures when we see the other doctor!! Couldn't sleep tonight, just can't shut my mind off! So thought I would be bold enough to ask for prayers for her!
Last edited: Apr 30, 2019
B

Will do, hang in there

Father God, please heal Mrs. Cliff and strengthen Cliff during this time. Please make it a miracle so that only YOU can receive glory. Amen and Amen.

Prayers for your wife and for you, Cliff.

Prayers sent my man... hang in there
J

Prayers for you and yours

Thanks guys, I wrote this morning when I couldn't sleep. Just couldn't seem to be able to put all the worldly things out of my mine.

The night before the Bronchoscopy, I nearly lost my mind. I had dozed off sitting in a straight chair the had in the room. I woke up and even though it was not hot in the room, I felt like I was about to burn up! I sit there trying to get my head straightened out, trying not to move around too much in the room and wake her up! My brain kicked in and all the thoughts were about more than I could handle. I think I was having a panic attack. I got up and grabbed my cane, that I walk with and, went downstairs and outside in the night air. I took the time to have a real moment with our savior. Sometimes those seem to be one-sided conversations but I know he is hearing me!!

You know there is only one of that I have ever meant in person, yet I feel like I know all of you!! Great bunch of Joe's here!! Thank You!!
C

Prayers your way! Hope your wife gets better quickly!

Prayers going out for you and your wife Cliff.

Cliff, my wife and I will pray for you both tonight.

C Craft said:
You know there is only one of that I have ever meant in person, yet I feel like I know all of you!! Great bunch of Joe's here!! Thank You!!
Click to expand...

I’m very new here but am constantly amazed and floored by the degree of “fellowship” on this forum. Good on all you guys and I’m glad to have found this place.

All the best thoughts for you and your wife Cliff.

Guys if I forget to like you posts please, think nothing of it! I am not used to doing that and I forget sometimes that feature is their! She has had a good day today and I can see the sparkle in her eye, along with that underlying concern. Doctors don't realize while you are sitting and waiting on results. The world continues to go by and yet, your world seems to be on hold!!

Praying for you both, Cliff.

Thinking of you guys. Stat strong and keep the faith.
K

I've been gone a week and just got back home today and saw this post. Cliff, my Prayers are for your wife.... AND FOR YOU!!! All too often the caregiver is forgotten in prayers for the patient.

When ya'll do come to Mobile for hospital, be sure to let me know so I can ride over for a visit. AND you KNOW you're more than welcome to come here for some relaxation. I think you've got my phone number and email.

Well I said I would let y'all know something when I knew it!! We went to see the pulminolgist today for the results on Kathy's biopsyies!
The biopsyies all came back negative for anything!
However he said, the nodule he went in to biopsy, is in the upper part of her lung, and he wasn't able to biopsy it!

Not what he said, when I spoke to after the surgery!! His exact words were, "the procedure went well, there was some other stuff I ddin't like the looks of so I got some biopsies of those as well"!! That is whole nother story!

So what happened is the way a lung is shaped the bronchil tubes enter the lung a third of the way down. refer to picture I attached. 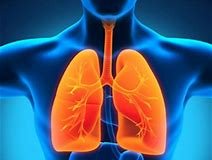 He could not turn the scope back up far enough to get to the nodule he went after!!
So now she has to go and have a needle biopsy done. You know I feel like he outright lied to me.

So While I am sitting there stunned at the turn of events. He says we can do this here, or any other hospital in the area you want to go to, because I don't do the procedure!!
So I told him we were going to Sacred Heart Hospital! I am done with him and Santa Rosa Hospital!
So we are in the holding pattern waiting for a opening at SHH!!
What is wrong with the medical profession anymore??