Guys this forum is an outlet for me, to somehow escape the real world! I have been accused of in the past of being an armchair adviser! True I haven't produced anything in a while. However that doesn't mean I don't have knowledge to share.

I have been busy lately real busy. Trying to save the house from the damn insurance company. They tried to cancel me and that would have put me in a high risk bracket! Plus could have made my mortgage come due in full on demand. Managed to get around them at the 11th hour, and I am presently do a repair and renovation on the house, under a new insurance company! I got them at the last minute so they could not say I was dropped!!

The real reason for my lack of time has been my wife! She has been sick for about the past 11yrs. now! Her condition has taken a turn for the worse. She is now having uncontrolled body movements! In the past month she has been having full blown seizures and it seems to at time be affecting her mind. They still are unsure what is causing these problems!! They have kicked around medication causing this, as well as Parkinson's! All I know is it seems to be progressing at an alarming rate! It is so hard to sit and watch someone you have loved and been married to 41 yrs. seemingly disappearing before your very eyes. Hopefully in the near future they may be able to actually do something that helps!! Prayers and good thoughts are welcome!!

So I do appreciate this outlet. I try never to speak of things I don't know of first hand when I give advice on this forum. If nothing else just being able to find an way to unwind, this forum has been that outlet!! So I hope you guys don't mind when I chime in!! Or my long stories or my funny emoji's! Once again thanks!!
K

Cliff, I'm so sorry to heard of all the issues you've been having. While I've not said much, do know you're in my Prayers. I can fully understand the forum being an outlet for you. I always enjoy reading your posts - they usually have a fun element to them. Anytime you need to talk, you've got my phone number and email. Of course you and family are more than welcome to drop by anytime and we'll throw something on the grill.

Oh, remember the Quaker Parakeet we caught the time you were here? That bird has found a home. I gave the bird to a buddy and he's still got the Quaker. He says he's put a perch on the porch and bird sits there while cage is getting cleaned and bird makes NO move to fly away. I guess bird remembers what it's like being "free" and wants no part of it {g}. Quake does talk a bit, says "Here kitty kitty" and a few other phrases. Got a real nice sneeze "Ah Choo".

Cliff I have never met you in person but pray for you and your family every morning and that is the truth. I will always welcome your advice if for no other reason than you have been married for 41 years. I have only been alive for 46 years. I have not ridden a bike in decades but I could still teach kid to ride one. You have plenty of experience to offer here and I pray your life will return to the point where you are blessed enough to have time to work on a hobby instead of life. Until that time, if someone has problems with you giving advice they can list them here and we will address them according to their relevance... Chris

KenH said:
Oh, remember the Quaker Parakeet we caught the time you were here? That bird has found a home. I gave the bird to a buddy and he's still got the Quaker. He says he's put a perch on the porch and bird sits there while cage is getting cleaned and bird makes NO move to fly away. I guess bird remembers what it's like being "free" and wants no part of it {g}. Quake does talk a bit, says "Here kitty kitty" and a few other phrases. Got a real nice sneeze "Ah Choo".
Click to expand...

Ken, I have a story for you about talking birds. Years ago when I was just a kid helping my Dad we roofed a house for a fellar in my hometown. I remember it because it was in July and it hit a 106* in the shade. Got so bad we finished the job by roofing an hour or two in the morning and coming back late afternoon and work till it got dark!

Anyway about the bird, it was a minor bird his wife had picked up and he wasn't too fond of the bird. The bird had learned a few things from a previous owner. So one afternoon the fellow goes out of his back door to his garden. The old woman next door was hanging her washing in the clothes line. Just as she bent over to get another wet item out of the laundry basket.

The bird decided to give out a wolf whistle! The old woman spun around looking directly at the fellow in his garden and she says, "you old so and so" He realizes the bird has got him in trouble. He looks at her and says, "lady if you were the last female on this earth, I shore wouldn't whistle at you"! So he goes into the back porch and brings the bird out in its cage. The bird commences to "wolf whistling and holler out pretty baby"! He said the last I saw of her was when she hit the back door.

He told us I bring that bird out every morning now when the weather is good. The bird has a few other things he has been working on. "You crazy old bat, then he whistles and says pretty baby and then he laughs"!

You know I am not sure where he picked up the old bat thing or the laugh at but, it keeps her out of the back yard and I can tend my garden in piece!! By this time me and my Dad were on the ground laughing! About that time his wife pops out and says, sure you don't, he has only been working with that bird for hours each day!! Then she says, Oh well at least she wasn't a good friend anyway!! 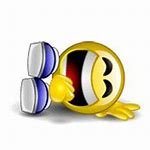 See those talking birds can be fun!!

Cliff...sorry to hear that your wife's illness is apparently taken a turn for the worse. Having gone through similar trials with my wife I understand how stressful such an ordeal can be.

You mention medications being a possible culprit. That could be very much the case. When my mother was diagnosed with congestive heart failure they put her on so many medications my brother (who was taking care of her) lost count. He sat down with all of her doctors and went through her medications one by one. It ended up with her medications being cut in half and she improved right away.

Just food for thought on that one.

You know one thing I have a real problem with when it comes to medical care is everyone has specialized. No one except for a primary physician treats the whole person. Most them do not posses the knowledge to treat more complex illnesses! Every time you go to any doctor the first thing they do is ask for a list of your medications. Why I have no idea because they never look at it!!

We were at a doctor recently and he is asking some questions and asks if my wife is on any medications for blood thinners do to her COPD!

Yes, she is on Warfarin.

Who put her on that he asks?

You are the doctor who did that!

Why is she on Warfarin and not something like Eliquist??

I was shocked that not only did he not know he was the one that wrote the script for the Warfarin but he did not know why!!

They keep talking of fixing the health care problems. They can't fix it because they do not know where it is broken at! Another reason they can't fix it is that most of our congressmen and representatives are in bed with the drug companies and the insurance companies!! 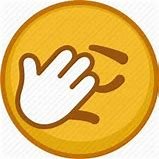 OK I am off my soap box as we are not suppose to discuss political issues and that is getting dangerously close to crossing that line!!