What's going on in your shop?

Ty Adams said:
Aeb-l hamon. Working with stainless and a belt finish. So far Aeb-l seems like a good steel. It will get really sharp. The burr is rough to take off after sharpening. So far a 600 grit j-weight turned inside out seems to work the best.
View attachment 61972
Click to expand...

That is awesome! How in the world did you do that with AEB-L?

And yes- AEB-L will hold a burr that will make you pull your hair out sometimes.

John Wilson said:
That is awesome! How in the world did you do that with AEB-L?

And yes- AEB-L will hold a burr that will make you pull your hair out sometimes.
Click to expand...

Thanks John. I used air focused on the edge during the plate quench.
Edited to add: you have to be fast once the blade is in between the plates. You won't get the same effect if you wait more then a couple of seconds.
Last edited: Oct 13, 2017

I cannot wait to see that one finished!

John Wilson said:
I cannot wait to see that one finished!
Click to expand...

John you won't be happy to hear this. But that one is for testing. I don't know how leaving the decarb on the blade is going to hold up. So some testing is in order.I had to up the air pressure to 125 to get that effect on the blade so it will end up in the vise to check grain structure.

It's certainly a coincidence, but I discovered something similar in a blade I was hand sanding yesterday. My blade is also AEB-L, and while hand sanding I could see white "ghosting" like a hamon. It's only visible when the blade is covered in oil and swarf, but there is a definitely a milky, swirly area. Interestingly enough, when I wipe the blade that discoloration disappears entirely. When I shoot some oil on it and begin sanding again, that swirly discoloration appears in exactly the same pattern in exactly the same place, so it's definitely a characteristic in the steel itself. I imagine it's an artifact from the heat treat, but it's not close to the edge so I don't expect that it will have any effect on the edge's stability or performance.

In the short time that I have been making knives my garage has been my shop. It has all of the things you would normally see in a garage. Mostly junk that you can't remember why it's there. For a year and a half we have been looking for a home with room for a shop. So far no luck on the hunt for a house. I want to go from making knives as a hobby to part time. So this weekend I finally got off my behind and started to turn the garage more into a shop. No more moving a tool to use another tool only to put it away and use the tool that just got moved.... It's a work in progress.
Oh yeah there's only 2 electrical outlets in the garage. Like I said a work in progress. 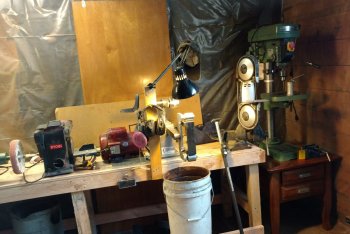 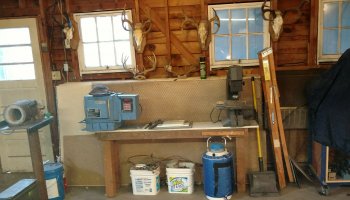 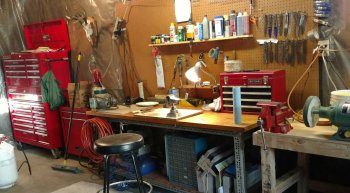 Very good use of space! And that is one monster sized jug of Hoppe's #9!

John Wilson said:
Very good use of space! And that is one monster sized jug of Hoppe's #9!
Click to expand...

Thanks John. You can never have to much Hoppe's!

Ty Adams said:
Thanks John. You can never have to much Hoppe's!
Click to expand...

It's like that can of Barbasol. Do you ever actually run out, or does the container just eventually fail and you have to get another one?

John Wilson said:
It's like that can of Barbasol. Do you ever actually run out, or does the container just eventually fail and you have to get another one?
Click to expand...

Haha I am almost embarrassed to admit that I use 1 of those a year.

Dennis Morland said:
Ty - That is some really nice 8 and 10 point hat racks.
Click to expand...

Thanks Dennis! I have been fortunate when it comes to hunting. I'm not bragging by any means but those are the smaller ones that my wife won't let me hang in the living room.

Ty, only thing that wigs me out, is that oven sitting on the edge. What size LN is that? its next thing I'm after.

The picture is deceiving. There is no way it's going anywhere. The dewar is a 10 liter.

There is a reason why I can't seem to design a tactical knife everytime I try it ends up looking like a hunter. Rifle season is only one week away! The antelope made Pope and Young. 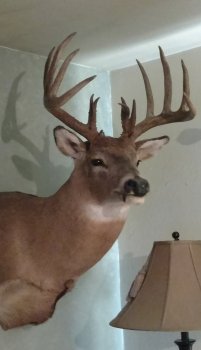 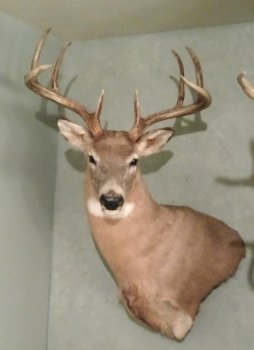 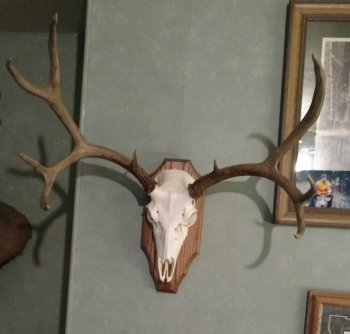 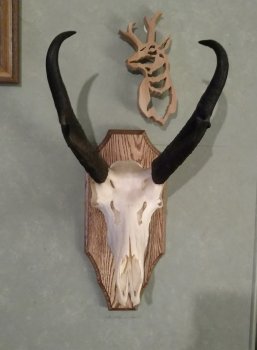 Mods if these pictures are offensive feel free to remove the post.

That top one is a bruiser Ty!

Justin Presson said:
That top one is a bruiser Ty!
Click to expand...

I may not have entirely given up on limited production knives....as evidenced by my new chandelier..... 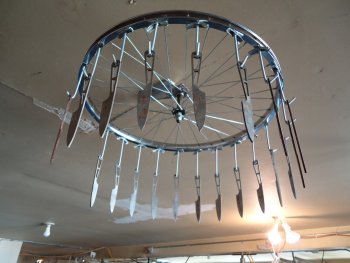 I need to space it down a bit but this will be for cooling air-hardening steels. The fan is an automotive radiator fan. I'll post a pic when it is further along...

That is darn slick! You're going to have an automated process in two years... I can feel it.

John Wilson said:
That is darn slick! You're going to have an automated process in two years... I can feel it.
Click to expand...