Just found I lost a good friend to cancer! I worked for the man about 12 yrs and hunted and fished with him! He passed the 31st of July. His wife just found my number in some of his stuff and called tonight!!
D

I hate cancer too!
D

Sorry to hear that, Cliff.

Thanks guys that just hit me like a ton of bricks last night. I had just talked to his wife before my Kathy was diagnosed with lung cancer. Cancer has always been a hated word to me but, if you haven't had it touch your life,...…….. There just seems to be to many passing from cancer!!

This friend was my boss for about 12 years but, I always thought of him as a friend and we hunted and fished together. So it was more than a work relationship. I had lost touch in the past few years but had stopped by his home to see him and his wife about two months ago! Cancer just sucks!!
K

Sorry to hear about your Friend - hang in there my Friend

Sorry to hear about your friend Cliff, I've lost several friends over the years to cancer. it sucks.

Just lost another friend. He was actually a Facebook friend to my wife. They meant in a NASCAR forum, became friends and have been for several years. He was diagnosed with lung cancer shortly before my wife was. When my wife was in the hospital he reached out to me to ask about her and to let her know he was thinking of her. Yesterday at 8:10 PM, he was called home! He is no longer in pain. Say a prayer for all you know who have been touched by cancer, and there families!
Cancer is so bad it should be a four letter word!

My sympathies and prayers Cliff. It's never easy

Sorry to hear about that Cliff. I’ve lost a lot of friends and loved ones to cancer. My wife had a breast cancer scare this year. Thank God they caught it very early and she is fine.
Last edited: Jan 24, 2020

It's an ugly thing, and I often wonder that if a cure were to be discovered, whether it would be covered up or not...... because cancer drugs alone, made OVER $100 Billion (yes BILLION with a B) last year. Before they finally figured me out, I was getting Retuxan infusions off and of for a decade....and each one, the pint bag of the drug was $24,000!! Thank God for retired military health insurance.....otherwise we'd me bankrupt, and I'd likely not be here now.
K

Bummer Cliff, for some reason I missed your post until just now. Cancer just isn't one of those things we have any need for in this world!

Ed, I don't understand the pricing of drugs at all, except as a way to make money for drug companies. example, my nephew's wife had a difficult pregnancy, The drug she needed in Alabama was $17,000 per dose (if I remember correctly) but just across the line in Tenn the same drug was $1700, or something like that. Those numbers might not be correct, but the ratio is close. Ed, hang in there, we NEED you around for a LONG time!

You don't want me to even get started on drugs and prices! Call six different pharmacies in your area and for the same exact drug you will get six different prices!! I don't know why but I was always under the misconception that prices no matter which pharmacy was filling a script price was nearly the same! WRONG!! There is no regulation on price.

However the big companies such as Walgreens and CVS have buyers that purchase their drugs for the company! So what they charge could be anywhere from 50% to 100%+ markup!! That is why they the Mom and Pop drug stores can't compete. The chains have very deep pockets!!

I was friends with one the guys who owned his own pharmacy in our town and his wife was the pharmacist. He was telling me that one of their biggest problems was cash flow. He said they had recently acquired the account for the local prison, over 5000 scripts!

He told me I thought we were going to be glad to get that account. Then he went on to tell me when we fill there scripts we make money! Problem is getting reimbursed for the drugs. It takes up to three months in some cases. During that period we have already filled those scripts three more times and we are continually buying drugs to fill those scripts and they don't want to wait for there money for the purchase of those drugs. Also we can't get the drugs as cheap as the big chains. This problem exists through out our entire pharmacy! Six months later they closed their doors and sold out to Walgreens!!

We let the insurance companies and drug makers and the distributers such as pharmacies, the insurance companies, (the foxes) guard the (hen house)! So they have free license to do what they want as to price and distribution, cost, rules and regulation! Our insurance kept quietly moving drugs around as to what teir the drug falls into. The most needed got moved into a teir where we have to pay more for every refill!

Before my wife was diagnosed with lung cancer. She was diagnosed with TM or Transverse Myelitis. It is a disease that effect the immune system and the spine much like a car wreck might damage the spine. She had extreme nerve damage and this resulted in nerve pain!!
The one drug that helped her the most was Lyrica! The insurance company quietly moved it from a teir 2 drug to a teir 4. The price went up and the coverage went down!

Our insurance requires a copay on the drugs and at the first of the year we have a deductible for the higher teir drugs. When they moved it out of teir 2. The deductible was approximately $200.00 When it went to a teir 4 drug it went up to a $400.00 deductible! That is what the first filling for the year is what we have to pay $400.00! That is one of about 15+ drugs she is on and each one has its own deductible!!

Three years ago my wife's medication alone was around the $5000.00 dollars a year, that was our part! Two years ago it was up to just shy of $6000.00 and last year her medication our part hit $6500.00! She has been basically on the same medication for all that time!!! Tell me that is right!!

This problem and many others connected with medicine will never be fixed. Every one of our elected officials are getting a kickback from the manufactures, the insurance companies, and the medical profession in general.

A senator and I can't remember the name or the state he was from. He said, I am one and done! He would not run for a second term. The corruption is much worse than I could have imagined in my wildest nightmare. He also said, you can't give someone money while the congress is in session. However walk across the street to the restaurant and money is handed out freely and regularly!!

OK I am done and gonna step off my soap box for a while!! 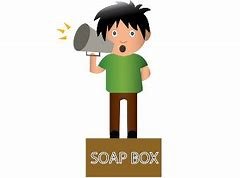